Having spent time in his junior years at Core Academy in Florida (2013-2015), Peter learned from world-renowned coaches like Tiger Woods’ former coach Sean Foley. While at Core education Peter spent time learning from the guys behind Sik Golf (Study In Kinematics) who now work with TOUR players like Bryson DeChambeau and Brendon Todd and recently partnered with Nick Faldo. This provided Peter with an in-depth understanding of their putting knowledge and the philosophy behind their teachings.

Peter began caddying at The National Golf Club of Canada. He caddied in the 2015 Pan American Games and moved on to caddy for world Top 50 player Victor Perez on both the Challenge and European Tour’s. 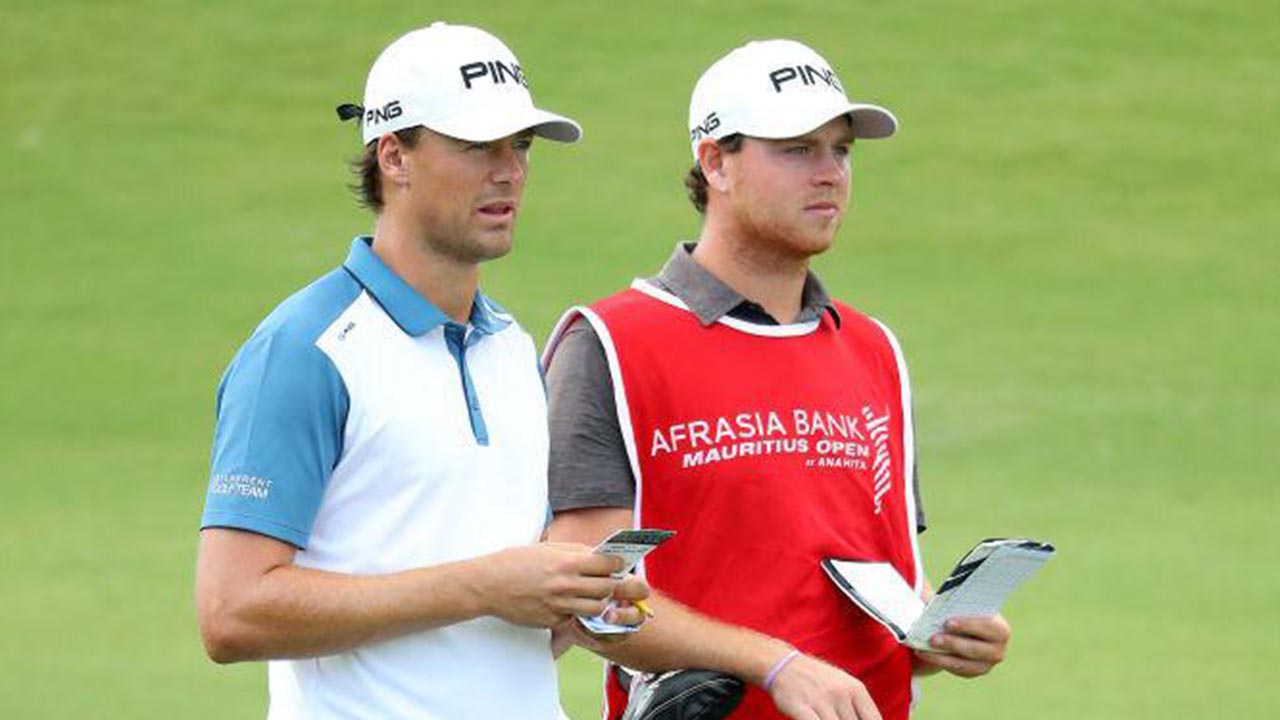 WHAT WAS IT LIKE CADDYING ON THE EUROPEAN TOUR?

Caddying on the European Tour was a fantastic once-in-a-lifetime opportunity. Never in my life did I think I would be inside the ropes competing with the world’s best. Travelling across the world and experiencing different cultures was a great learning experience. It wasn’t easy taking take the leap to live on the road, but sometimes in life you just have to go for that life changing opportunity and I consider myself extremely lucky to have done it.

WHAT IS IT LIKE CADDYING FOR A TOP 50 GOLFER IN THE WORLD VICTOR PEREZ?

When we started Victor was about 343 in the world and the highest we got together was 108. Watching him hit the ball every single day was amazing and really gave me a new perspective on the game. I’ve been fortunate to be around some great golfers in my day, but Victor…he’s just on a different level. I’ve never seen someone strike the ball that good and that consistently. I sometimes felt like I was playing a video game when we were practicing on the range. I would tell him yardages to hit and he’d hit them bang on almost every time. It was a the sort of precision I’ve just never seen before. His preparation each week was also something to experience, and I had to learn fast. What things would he want to know on the golf course and off? What lines would we take depending on club/wind? Where were we in the tournament and when did he want to know? There were so many different scenarios to play out in my head. I would even talk to his sports psychologist each week to make sure I was in the proper space in order to allow us to succeed and keep positive no matter the outcome of any particular shot. I learned so much and continue to learn when I think back and analyze my time on the bag. 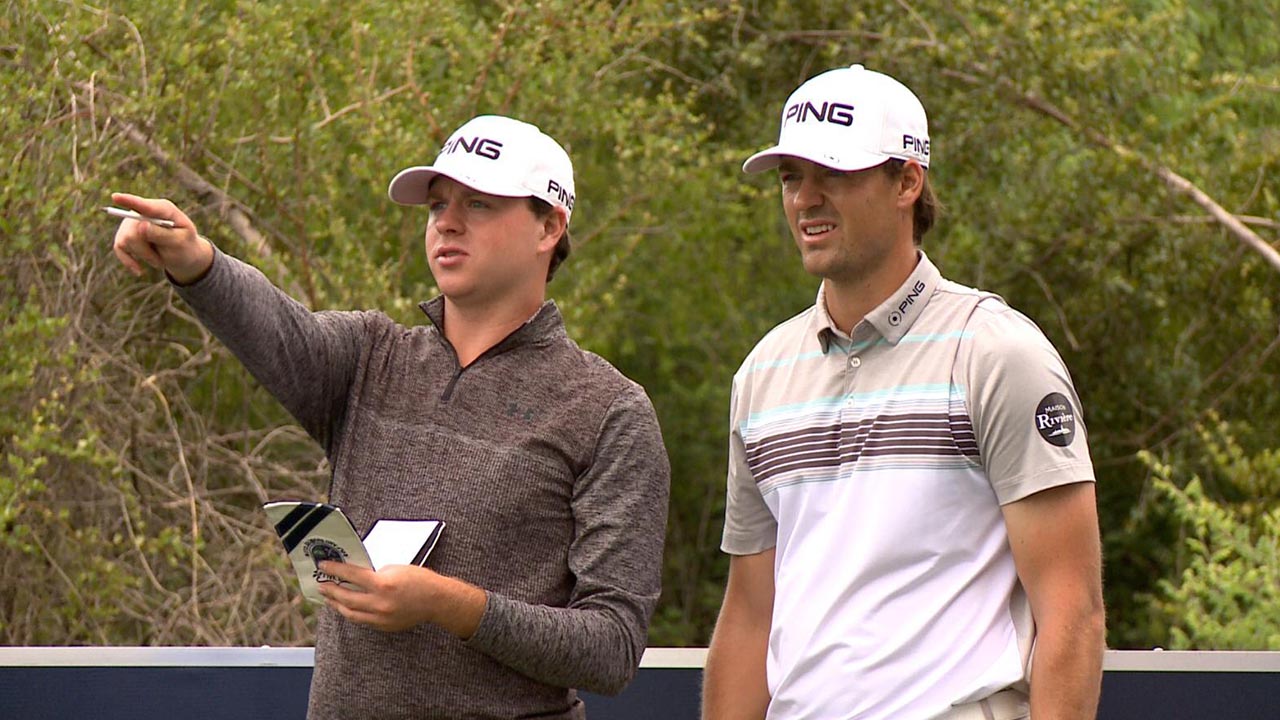 WHAT DID YOU LEARN THAT YOU TAKE WITH YOU INTO YOUR FITTINGS?

I am a big proponent of feel when it comes to fitting. I want my client to feel confident in the club they choose. I learned quickly on Tour that there are guys that want clubs that give them the absolute best numbers while others want a certain feel and confidence in their clubs. Victor Perez wanted clubs he knew were going to do the same thing every time…he wanted dependability.

We had a situation in Spain where Victor switched fairway woods to clubs that were super hot. On one particular par 5, we were a little down wind and Victor hit his new 5 wood about 267 meters uphill airmailing the green. We got up to the ball, he looked at me and said “I’m never pulling this thing out of the bag ever again.” The next week while on the practice tee Victor called over the company rep to come work with us. For 45 minutes we hit fairway woods looking for the right window and flight.

It’s great when you can pump something out there long, but if it isn’t consistent it’s not worth getting. That’s part of my philosophy. I want feel to be a very apparent metric in my fittings. I look for lots of emotional feedback that I can then interpret alongside the numbers in a way that’ll help give us the best performance and confidence.

At the end of the day, I’m not the person hitting the shot. If my client likes the feel of a club more than another that gives better numbers, I will always lean towards the better feeling club as long as the numbers aren’t so substantially different. It will be the club you’ll be happiest in the long run. 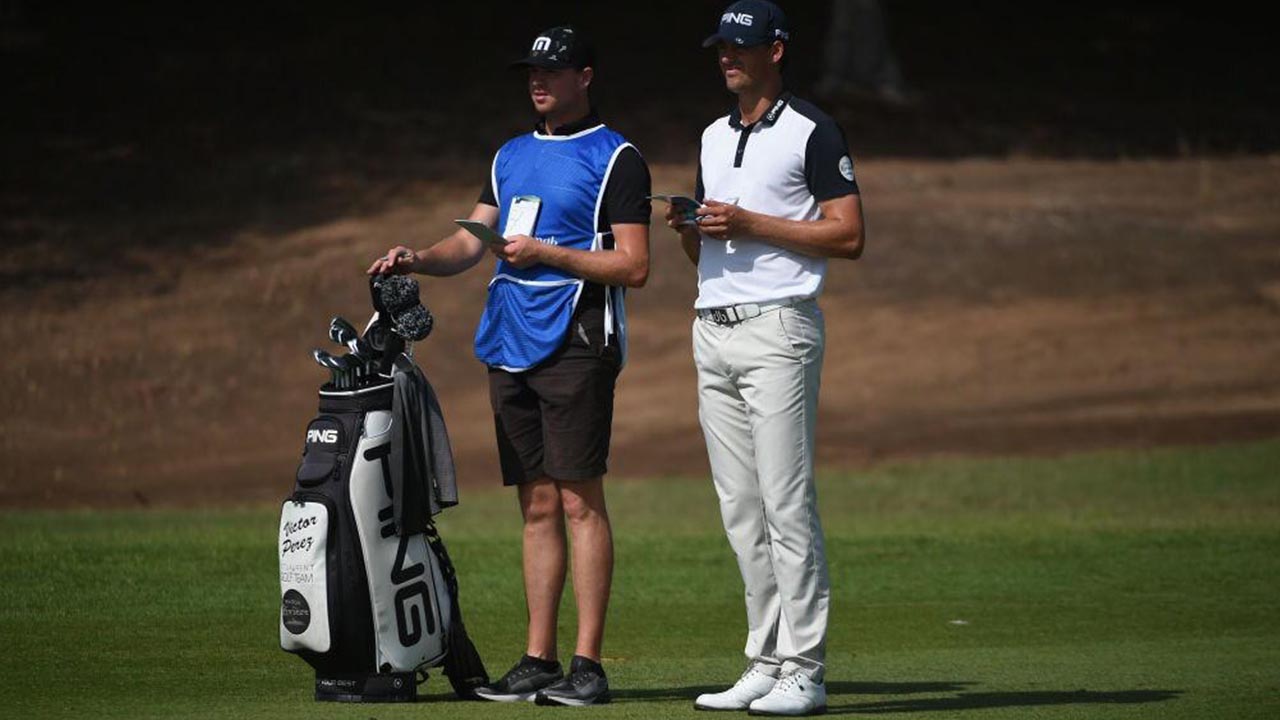 WHAT WAS YOUR FAVOURITE PLACE YOU CADDIED?

That’s a tough question because there are so many unbelievable places. For sure top of the list is Valderrama. The cork trees and the layout were so cool. Hong Kong Golf Club was also a favourite. It’s a great course and a great layout, but it’s also Victor’s first European Tour event as a member and we finished T3 playing in the second last group with Sergio Garica who was an absolute gem to play with. Sergio was super nice and easy to chat with, even during the final round with so much on the line. Finally, Foshan Golf Club is where we got our first win and clinched our European Tour card for the following year. It happened in dramatic fashion with Victor dropping a massive downhill 35 ft slider to get into a playoff where we took down our good buddy Robert Macintyre. To be fair, there were so many other courses that we played that were awesome with their own experiences to go along with them.

HOW DOES A MODERN GOLF COMPARE TO BEING ON TOUR?

Being on Tour was amazing and something I’ll always cherish fondly, but fitting at Modern Golf is such a blast and I couldn’t be happier that I get to be a part of such a great company. The guys I work with on a daily basis are such great people that it makes coming to work that much easier. I love being able to help golfers get better, too. I’ve met so many cool and interesting people at Modern Golf that it makes everyday interesting because you never know who is walking through the door. Golf’s such a funny game, it attracts people from all walks of life. You never know who knows who and how those connections may lead you down your next path. I knew going to Core down in Florida would be amazing, but I never realized how the relationships I made would help change my life. 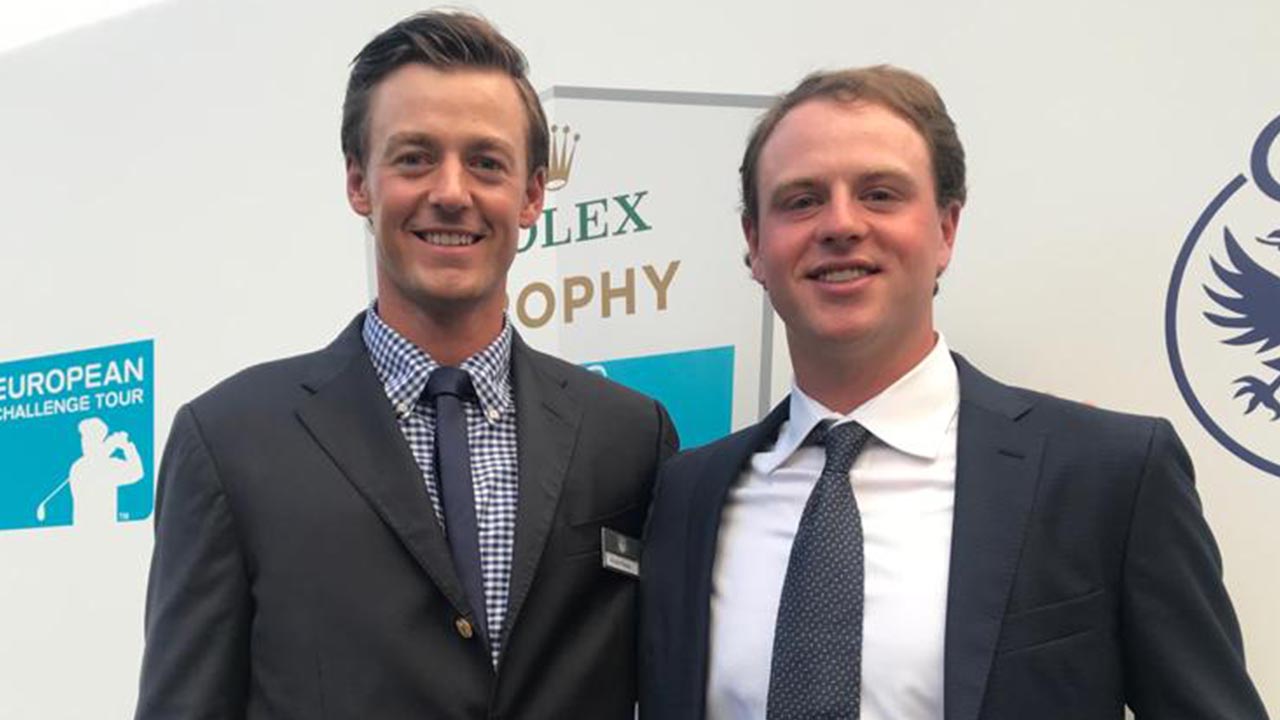 Get exclusive offers and keep up to date with everything Modern Golf.